The EU Delegation was led by Massimo De Luca, Head of Trade and Economics. The delegation comprised countries such as Austria, Finland, France, Ireland, Netherlands and Spain. Since the EU Delegation was established in South Africa after the first democratic elections in 1994, the EU and South Africa saw rapidly expanded cooperation, culminating in 2007 with the establishment of a strategic partnership, one of only 10 that the EU has with countries around the globe, a forward-looking platform that facilitates wide-ranging cooperation between the two parties. 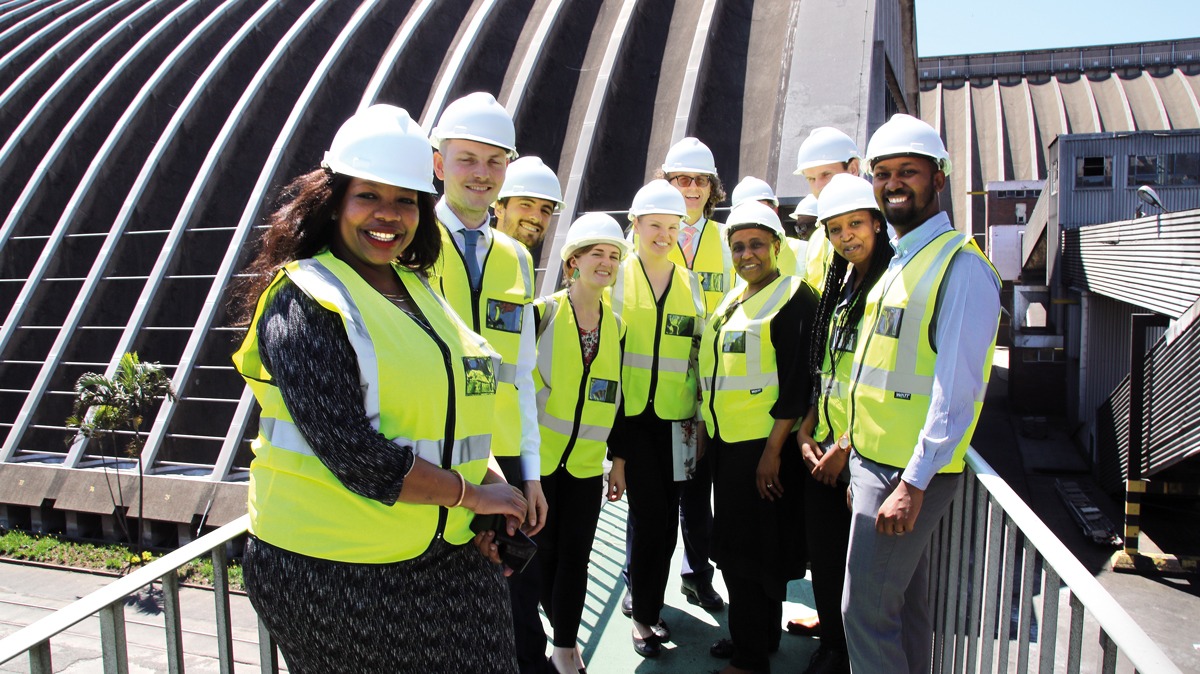 Above: The EU delegation with SASA Management at the SA Sugar Terminal.

Subsequently, six Southern African Development Community Member States (Botswana, Lesotho, Mozambique, Namibia, South Africa, and Swaziland) and the European Union and its Member States, signed the SADC-EU Economic Partnership Agreement (EPA) in June 2016. Another SADC Member State, Angola, has an option to join the Agreement in future. The SADC-EU EPA, as it is commonly known provides for duty free access of 150 000 tons of South African sugar and 80 000 litres of ethanol. The quota signalled the first time in the history of the SA sugar industry, where South African sugar enjoyed preferential access into the EU market.

The EU Delegation to South Africa and EU Trade Commissioners from the member states visited the industry to find out how SASA has been administering the quota access under the EPA. Of particular interest to the EU were linkages between sugar-producing countries in Southern Africa and whether or not they collaborate to take advantage of the EPA.

Since the EPA came into force, South African millers (refined sugar) and SASA (raw sugar) have been enjoying the benefit of access to the EU, with 141 780 quota tons sold in the period. Only 8 220 tons were not shipped, as this was not considered an economical volume close to the end of the calendar year. However, SASA has engaged with refiners in the EU to ensure that there is a better possibility of all 150 000 tons being shipped in the coming quota periods, to ensure that full use of the quota is made.

SASA achieved significant premiums over other world market destinations for EU sugar. While the premiums did reduce in the course of the calendar year, as EU sugar production increased, access for South Africa to the EU contributed significantly to the returns of growers and millers, as premiums achieved were the third highest of all destinations sold to, after the United States and China.