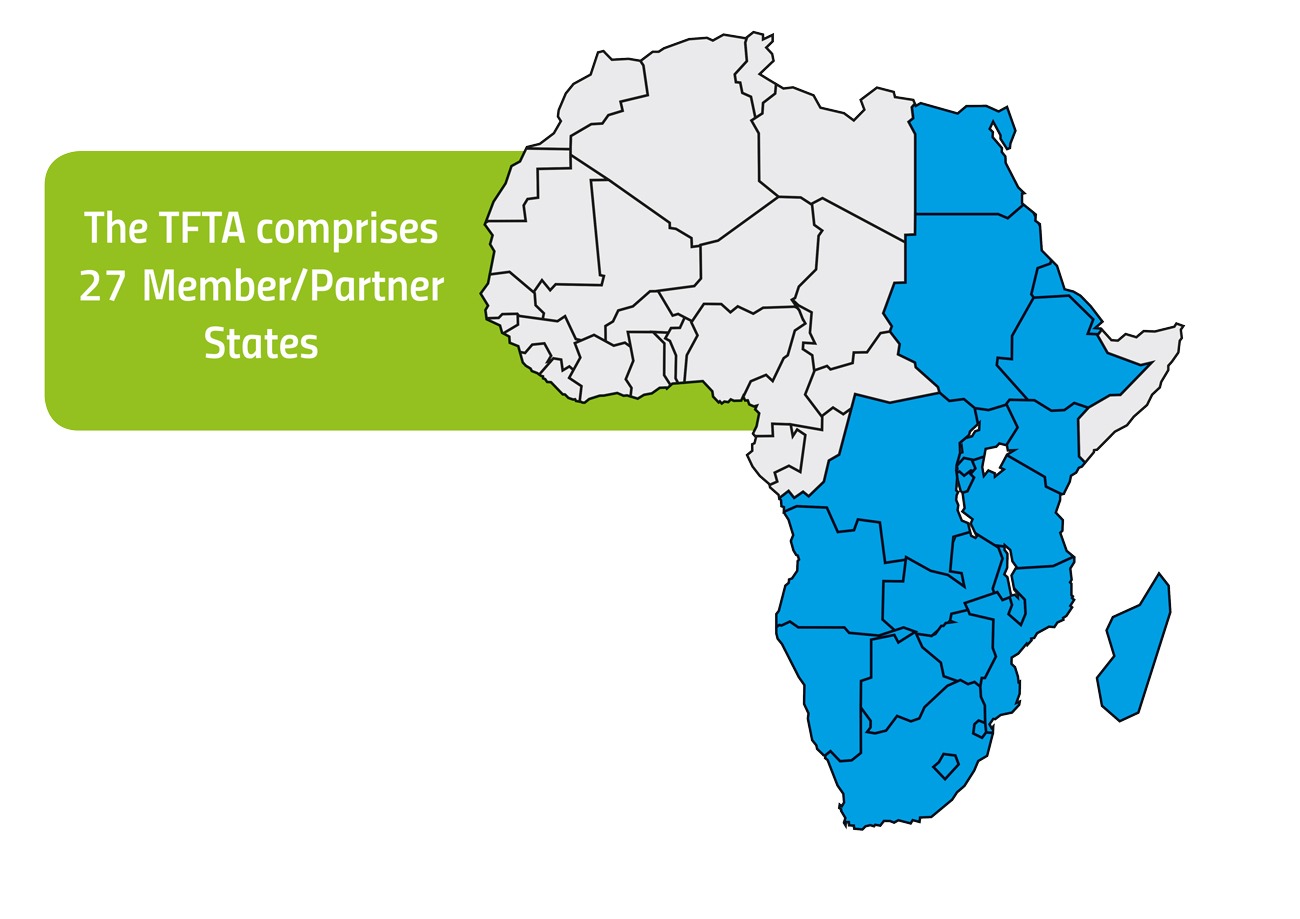 The objectives, in summary, of the TFTA are to:

1. Promote social and economic development of the tripartite region;

2. To create a large single market with free movement of goods and trade in services to promote intra-regional trade;

3.  To contribute to the regional and continental integration processes.

So far twenty-three (23) out of 26 Tripartite Member/Partner States have signed the TFTA Agreement and only five namely, Egypt, Uganda, Kenya, Rwanda and South Africa had ratified the Agreement. As of July 2019, 11 Member/Partner States were at various stages of ratification with a large number of countries indicating that a Cabinet Memo has been approved in their respective countries, and are expecting the documents to be sent to their respective Parliaments for ratification. The Agreement will enter into force once it has been ratified by 14 Member States. So we are still a long way from the agreement entering into force.

Once the TFTA Agreement comes into force, the Member States will implement preferential tariff treatment (eliminating tariffs over time), while increasing or maintaining tariffs for sugar originating from outside Africa. The TFTA Agreement contains provisions for protecting sensitive sectors in Member States, specifically 10 percent of each countries goods are listed under the sensitive list.

Sugar is currently on the sensitive list and discussions about liberating sugar will begin after the general phase down period. Liberalisation of all products is to be phased over a long period. The first list of goods falling under the 90% tariff schedule are to be phased down to Zero (no tariff) five (5) years from the Agreement entering into force. After the 5 year phase down, negotiations of products on the remaining 10%, which is the sensitive list, will begin. Annex VII of the SADC Trade Protocol, which manages sugar imports into SACU will continue to operate and will not be replaced by the TFTA.