GRADUATES ENCOURAGED TO START OWN BUSINESSES

It is no longer a world of work, but business. And you have to master the ability to instruct your money to work for you.

These were profound words from prolific guest speaker Zibu MaSotobe Sibiya who delivered a powerful keynote address at this year’s ceremony to honour recent college and university graduates whose academic endeavours were sponsored by the Sugar Industry Trust Fund for Education (SITFE). She encouraged the SITFE graduates to grab opportunities. 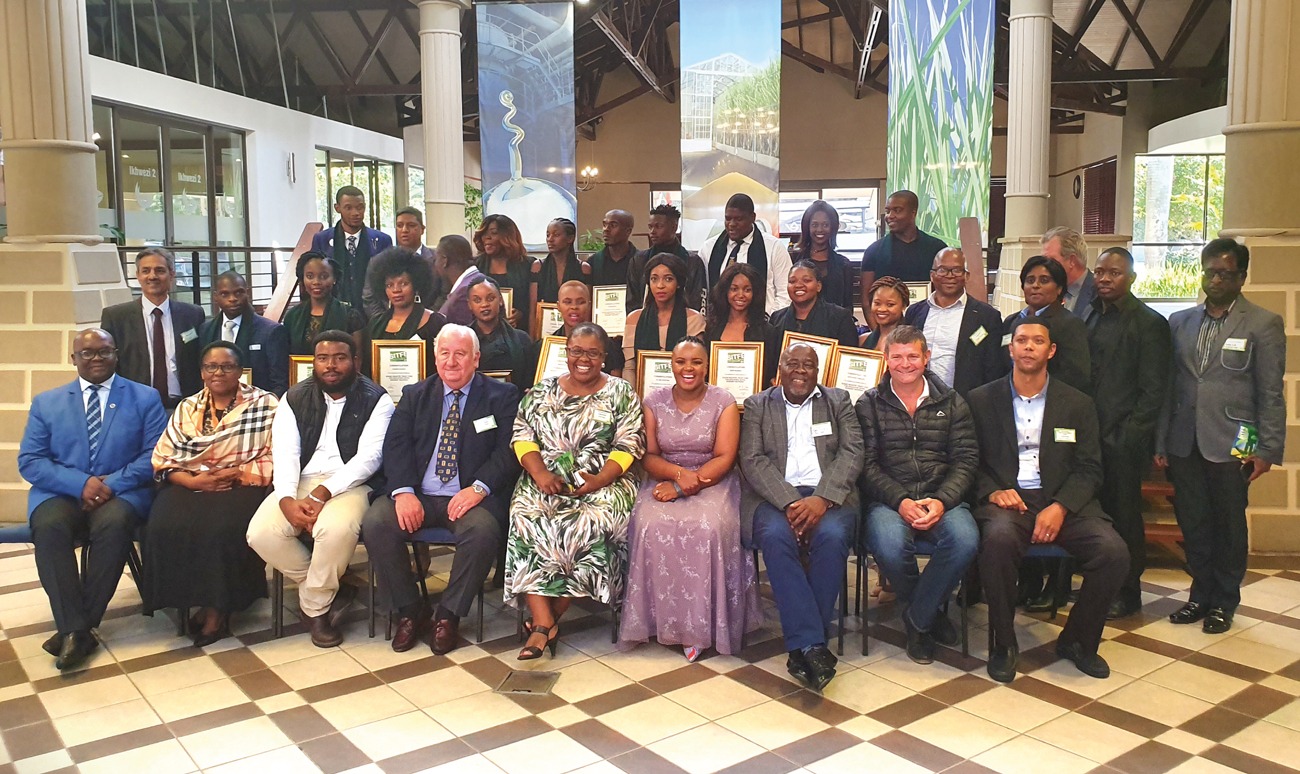 “Now I have a definition for the word ‘poor’… in our group, ‘poor’ stands for People who Overlook Opportunities Repeatedly,” she said. This, she explained, referred to making money decisions which either worked for or against them. “If you are ‘poor’, you will consistently make money decisions that work against you,” she added. She emphasised the importance of embracing the fourth industrial revolution. She urged them to use their set of unique skills to gain a competitive edge and distinguish themselves in their various fields. MaSotobe Sibiya, an ardent proponent of singularity, is a published author, businesswoman, a Mandela Washington fellow holds an MBA Degree from the acclaimed University of Stellenbosch  Business School. 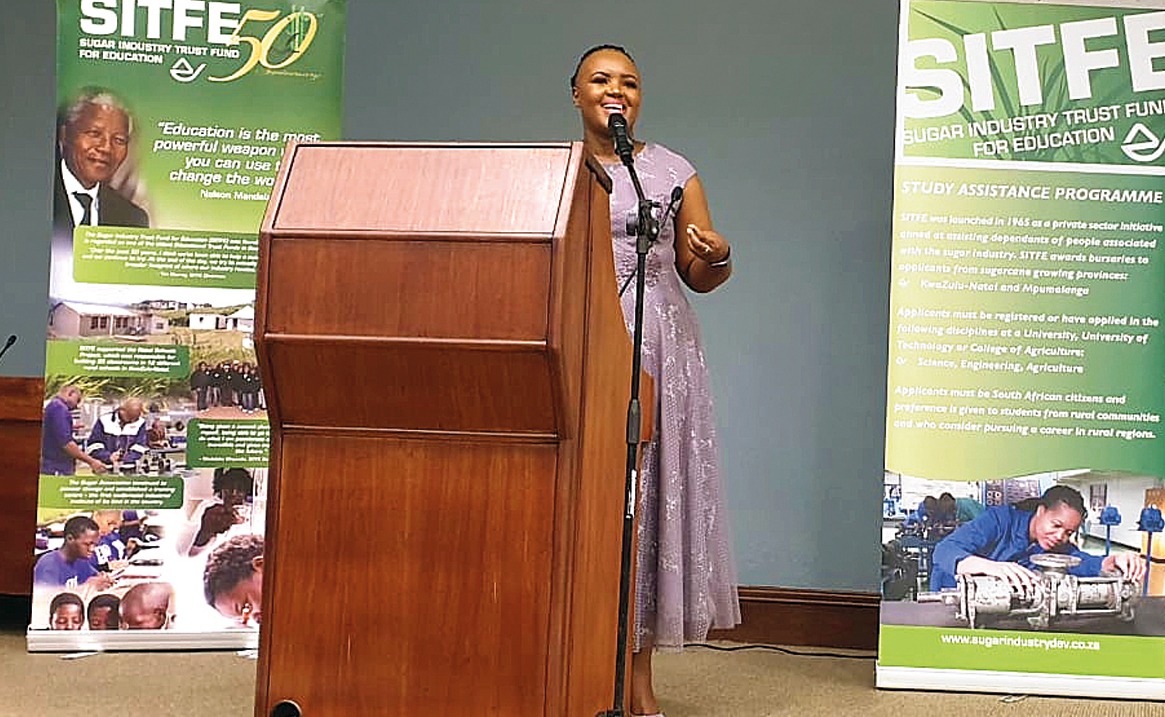 This year, a total of 18 graduates were honoured. The top achievers received brand new laptop computers and all graduates were awarded certificates in recognition of their academic achievements. “Today is a triumphant day! We are gathered here to celebrate your academic achievement and excellence. It was not an easy journey. You faced a number of challenges and obstacles along the way. Against all odds (stacked against you), you succeeded! It is by no fluke that you have achieved what you have. It is all thanks to your ambition, determination, hard work, intelligence and intellect. We are saying, with absolute pride, to you, take a bow,” said SITFE Chairman Tim Murray.

Each year, SITFE awards 41 bursaries to deserving students. Included in the 41 bursaries are six bursaries which are reserved for children of sugarcane farmworkers who can apply for any field of study at a tertiary institution of their choice. The SITFE bursary covers 100% of tuition fees, books, meals, and accommodation for the entire duration of the student’s undergraduate course. Currently, the bursary programme supports 90 students and spends on average R5.5 million annually on this programme. Attending the ceremony were the students that received bursaries for the 2019 financial year, and include students studying agriculture, engineering and science.

“We are committed to lifting and developing communities where our industry operates. Since its inception in 1965, SITFE has made it possible for more than 10 200 students from the sugarcane growing provinces of KwaZulu-Natal and Mpumalanga to realise their academic dreams. We do not want to allow your disadvantaged background to prevent you from achieving greatness. We have ultimate confidence in you and today, you have proven us right. We are convinced that you are destined for greatness in your respective fields of specialisation,” said Murray.

He added: “Allow me to quote one of the best orators the world has ever seen. ‘The best anti-poverty programme is a world class education’. These are the words of former US President, Barack Obama. Our core objective as SITFE is to give young South Africans, irrespective of the colour of their skin, access to the best education possible because we believe that an educated nation is a winning nation! We want you to go out there and make a meaningful contribution to the country’s economy and help build South Africa to become one of the best countries in the world.”

SITFE is proud to include among its alumni a number of prominent leaders in South Africa including Minister of Higher Education, Science and Technology, Dr Bonginkosi “Blade” Nzimande, Chairperson of the Parliamentary Portfolio Committee on Health, Dr Sibongiseni Dhlomo, Western Cape Judge President, John Hlophe and Minister of Health, Dr Zweli Mkhize and his wife Dr May Mkhize also received assistance from SITFE for their high school education.