HOW FUEL PRICES
ARE DETERMINED

There has been a lot of concern regarding the seemingly ever increasing price of fuel. This is not surprising given that it has a knock-on effect on almost all aspects of life – including the cost of food, among others. It is therefore important to understand how the cost is calculated.

The price of fuels is determined monthly by the Central Energy Fund (CEF), an impartial institution appointed by Parliament in 1994, on behalf of the Department of Energy.

The new price of fuels is effective every first Wednesday of the month and it consists of four components: 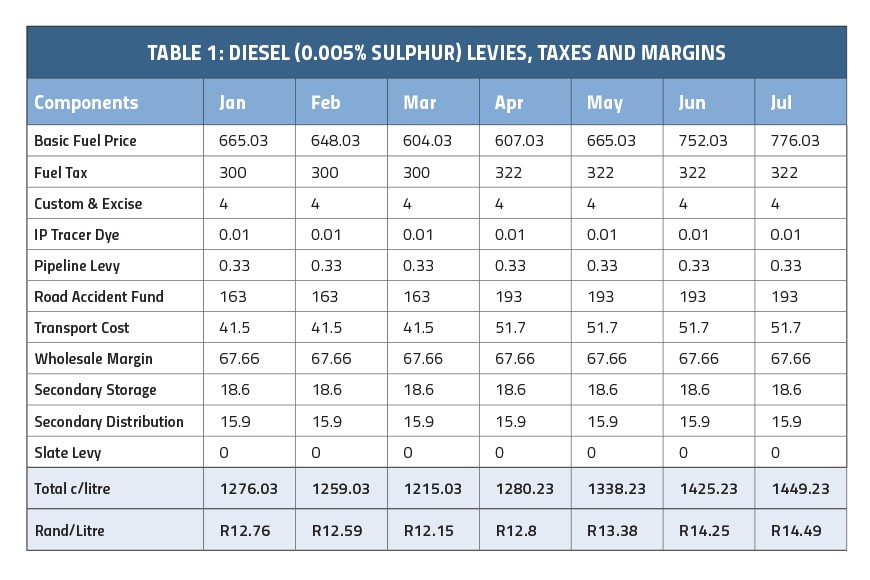 The last component accounts for wholesale and retail margins, local logistics costs, custom and excise, other taxes and levies.

Relative to some countries, the pricing system is formula-based, automatic and transparent. The aim is to strike an appropriate balance between a reasonable price and return on investment.

Some countries use less frequent price change model, especially those that are endowed with oil, to cushion consumers; while others use a market determined system with other government institutions, e.g. competition commission, as a market monitoring agent. 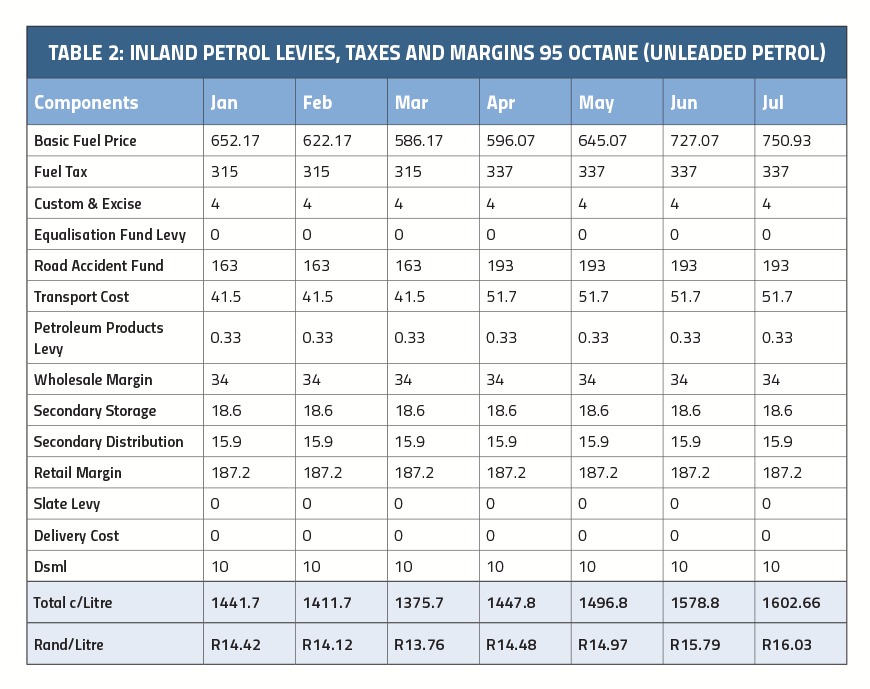 
The basic price of fuels is influenced by international factors, such as the oil price (demand and supply), exchange rate, etc., and the variables account for monthly fluctuations in price, especially the price of oil and the exchange rate. Since January 2018, the import parity on average made up about 51% (diesel) and 44% (petrol) – highly variable.

The general and RAF levies account for local influence on price of fuels and are mainly controlled by the government. They are determined by the Ministry of Finance and revised annually during the budget speech. The revised figures are effective in April.

Margins, distribution and other levies and costs also account for local influence on the price of fuels.

The magnitude and adjustment of these variables are also controlled by the government, but are adjusted in consultation with role players. 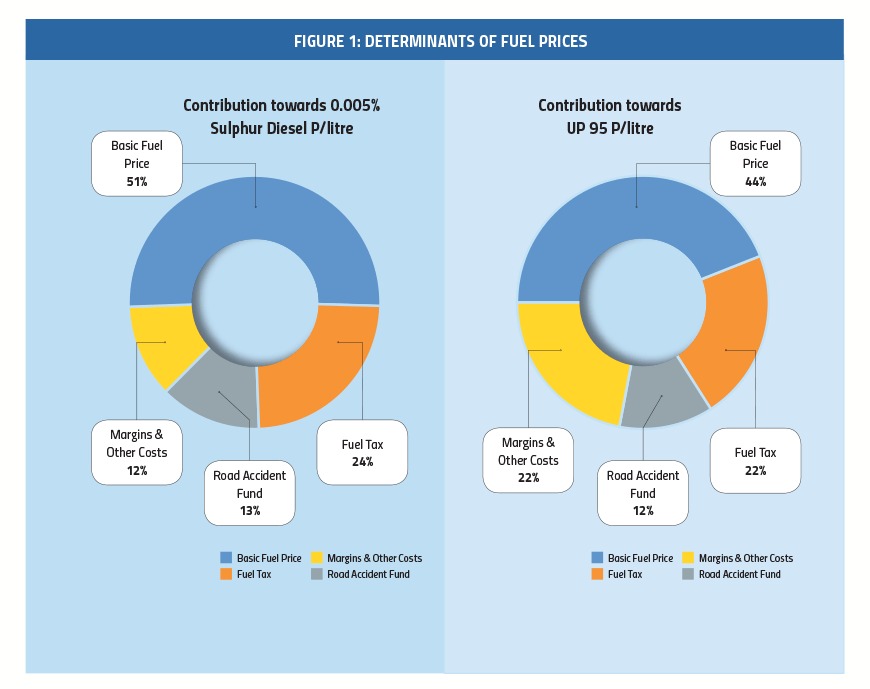 Consumers are questioning whether the current pricing model is achieving its objectives – as South Africa has the highest price of petrol in the Southern African Customs Union (SACU), followed by Swaziland.

For example, Lesotho and South Africa use the same pricing system (import parity) and source for fuels, the difference lies in the levies and taxes.

This is especially true when the level of general fuels levy is R3.22 for diesel and R3.37 for petrol, which comes to R5.3 and R5.15, respectively, when including the RAF of R1.93. Currently general consumers don’t have any relief from the price of fuels per litre and farmers only have relief on diesel. Paraffin is not subjected to the RAF levy.

Given that South Africa is a price taker on import parity price, which is influenced by international factors, the relief can only be accommodated from the general and RAF levies, other costs, some taxes and levies that are influenced locally.

The RAF increased by 18% in April, general fuel levy on average increased by 7.2% and transport cost increased by about 24.6%. These increases are all above the inflation rate in 2017. At current levels, if one buys 100 litres of diesel or petrol, R515 or R530 is the general fuel and RAF taxes.


Unlike fuel consumption for other activities, usage of diesel fuel for on land primary producers, such as farming, forestry and mining is subject to a full or partial relief. A diesel rebate system was introduced in 2000, which allows farmers to claim for the general fuel and RAF levies from the price of diesel per litre. The RAF is claimable at 100% (1.93), while the fuel levy is claimable at 40% (R3.22 X 40% = R1.29) of the general fuel levy in respect of 80% of eligible diesel fuel purchases.

Initially farmers could be refunded without maintaining an appropriate logbook, diesel storage and volumes records. However, the system was revised in 2017 to emphasise maintenance of appropriate records as a requirement for all eligible producers.

*M = Maloti, the currency of Lesotho