FINANCIAL SHOT IN THE ARM FOR STUDENTS

Despite being abandoned by her father and only raised by her part-time domestic mother under very difficult circumstances, 18-year-old Nonjabulo Zulu scored a phenomenal matric average of 84% and a bright future beckons her.

Zulu is one of the 41 students who are recipients of this year’s bursaries from the Sugar Industry Trust Fund for Education (SITFE), which is administered by the South African Sugar Association (SASA). She is now studying towards a degree in agricultural engineering at the University of KwaZulu-Natal. Most recipients are students from disadvantaged communities. Some of this year’s bursary recipients have parents who work as cane cutters and domestic workers while others survive on social grants as their parents are unemployed. Against all odds, they achieved academic excellence which earned them the SITFE bursary.

“SITFE believes that the private sector has an important role to play in terms of making meaningful contributions towards building a winning nation which gives equal opportunities to everyone. Education is the passport to success. The trust fund’s role is to provide financial support to academically deserving and promising students to get their boarding pass to a brighter future,” said SITFE Chairman Tim Murray. He added: “As part of SITFE’s commitment to improve the lives of those employed by the industry, of the 41 new bursaries every year, six are reserved for children of sugarcane farmworkers to study towards any tertiary qualification of their choice.” 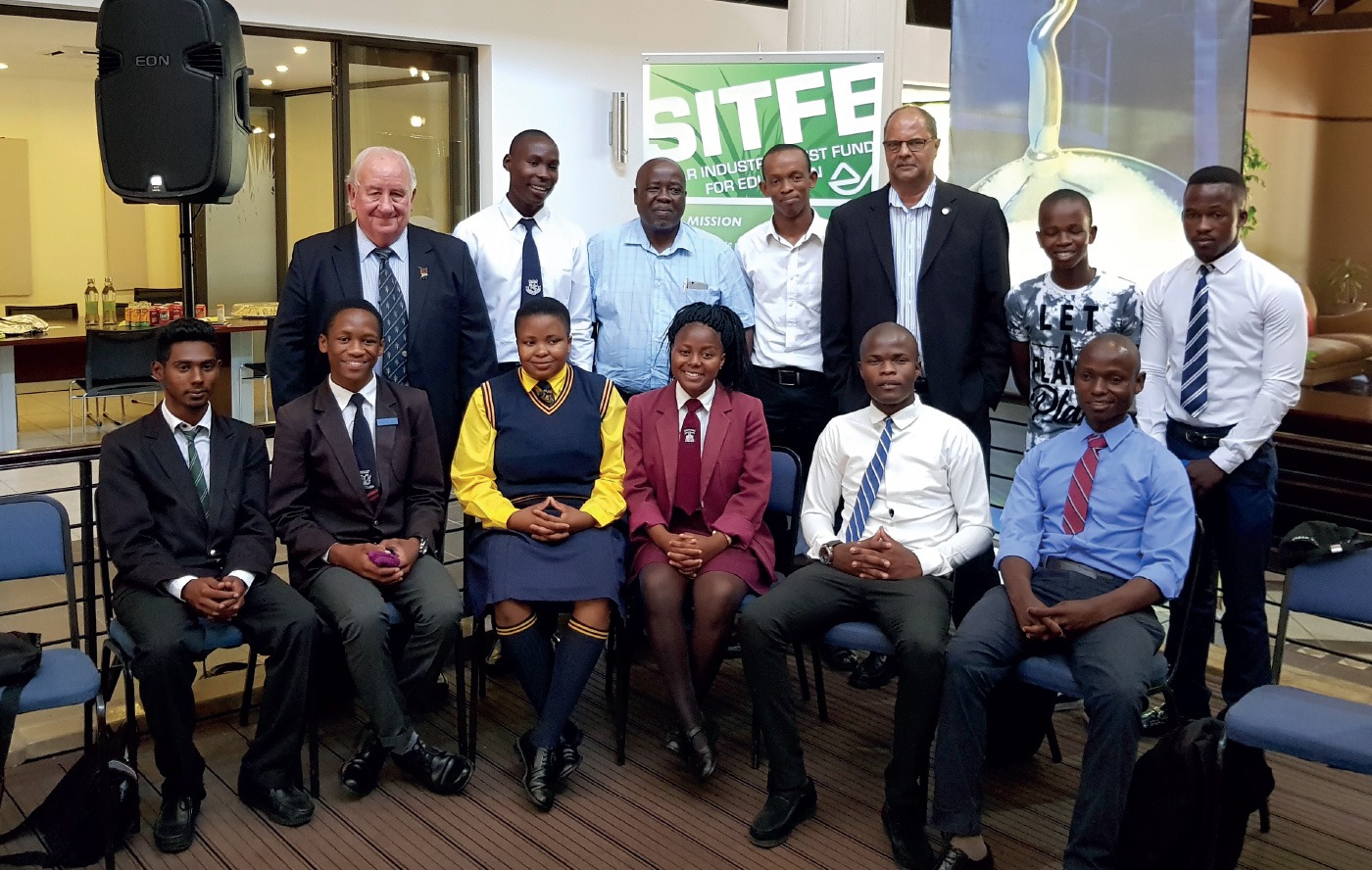 Above: SITFE Trustees with bursary recipients.

SITFE, which has been existence for 52 years, awards 41 new bursaries every year. For the 2018/2019 season, SITFE is spending approximately R5.5 million on these students from the sugarcane growing provinces of KwaZulu-Natal and Mpumalanga. Since its inception in 1965, SITFE has awarded approximately 10 205 bursaries to tertiary students. The trust fund has also dedicated funds and resources to a variety of initiatives including school building projects, Early Childhood Development programmes, training academies for the disabled, teacher training programmes and Maths, Science and English interventions.

SITFE is proud to include among its alumni a number of South Africa’s prominent leaders including former Minister of Higher Education and Training, Dr Bonginkosi “Blade” Nzimande; Judge President of the Western Cape, John Hlophe and KZN MEC of Health, Dr Sibongiseni Dhlomo. Former Treasurer-General of the ANC,

Dr Zweli Mkhize and his wife Dr May Mashego also received assistance from SITFE for their high school education. Equally important is that a number of SITFE bursary recipients have returned to the industry to pursue various professions.