Save us from import incursion!

The sugar industry has approached both the Government and Parliament in its endeavours to have the tariff increased to an appropriate level in order to curb the influx of sugar imports due to low duty. 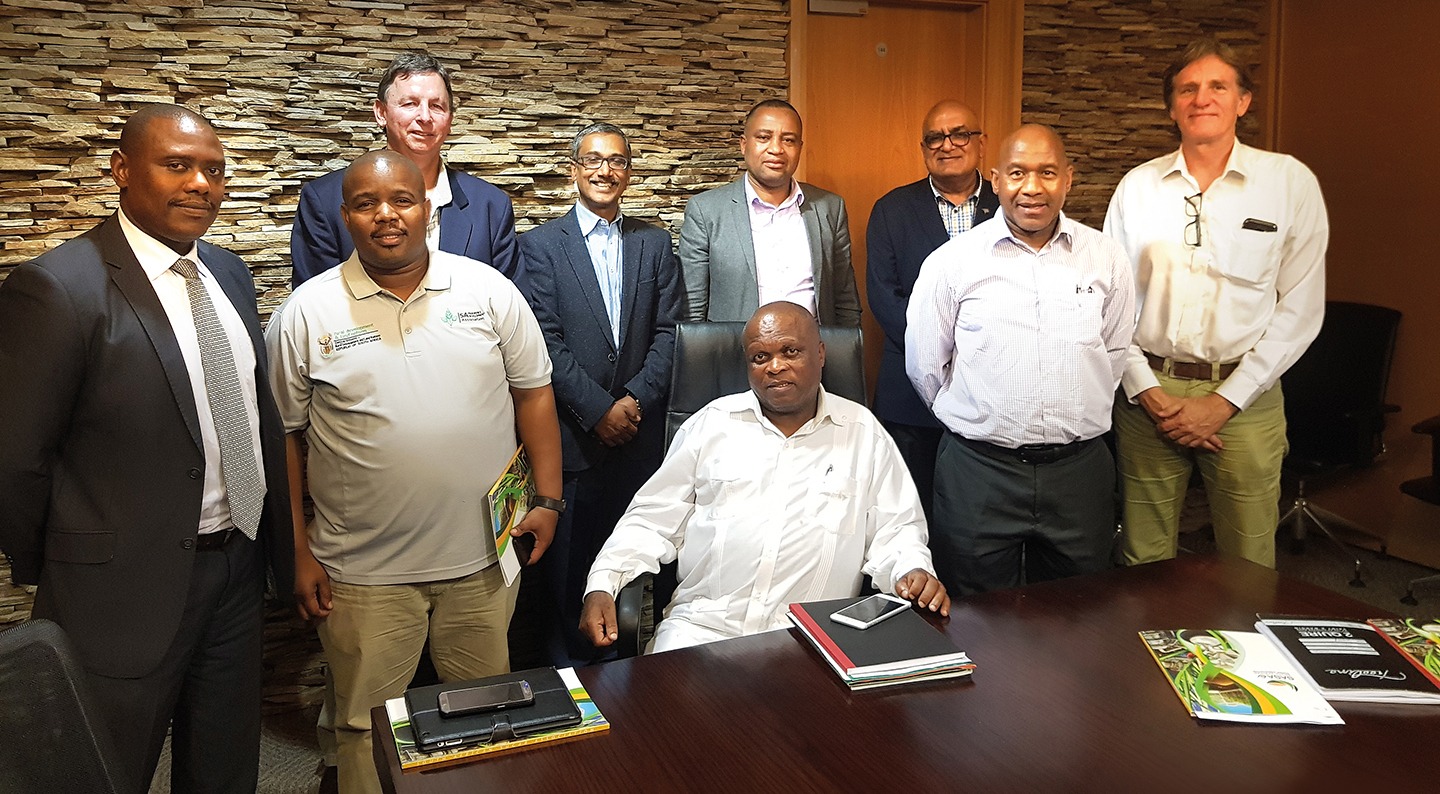 The industry’s efforts have seen the South African Sugar Association (SASA) and industry leadership (including growers and millers) engage President Cyril Ramaphosa, his ministers, KwaZulu-Natal provincial government, and Agriculture and Rural Development MEC Themba Mthembu and Parliament’s Portfolio Committee on Trade and Industry, which is chaired by Joanmariae Fubbs. In 2017, an unprecedented high volume of 514 651 tons entered our shores. This situation is threatening the survival and sustainability of the industry. Currently, the reference price of $566 is grossly insufficient and has led to sugar imports flooding South Africa. The industry made an application to ITAC in February this year for an increase in the reference price to $856. 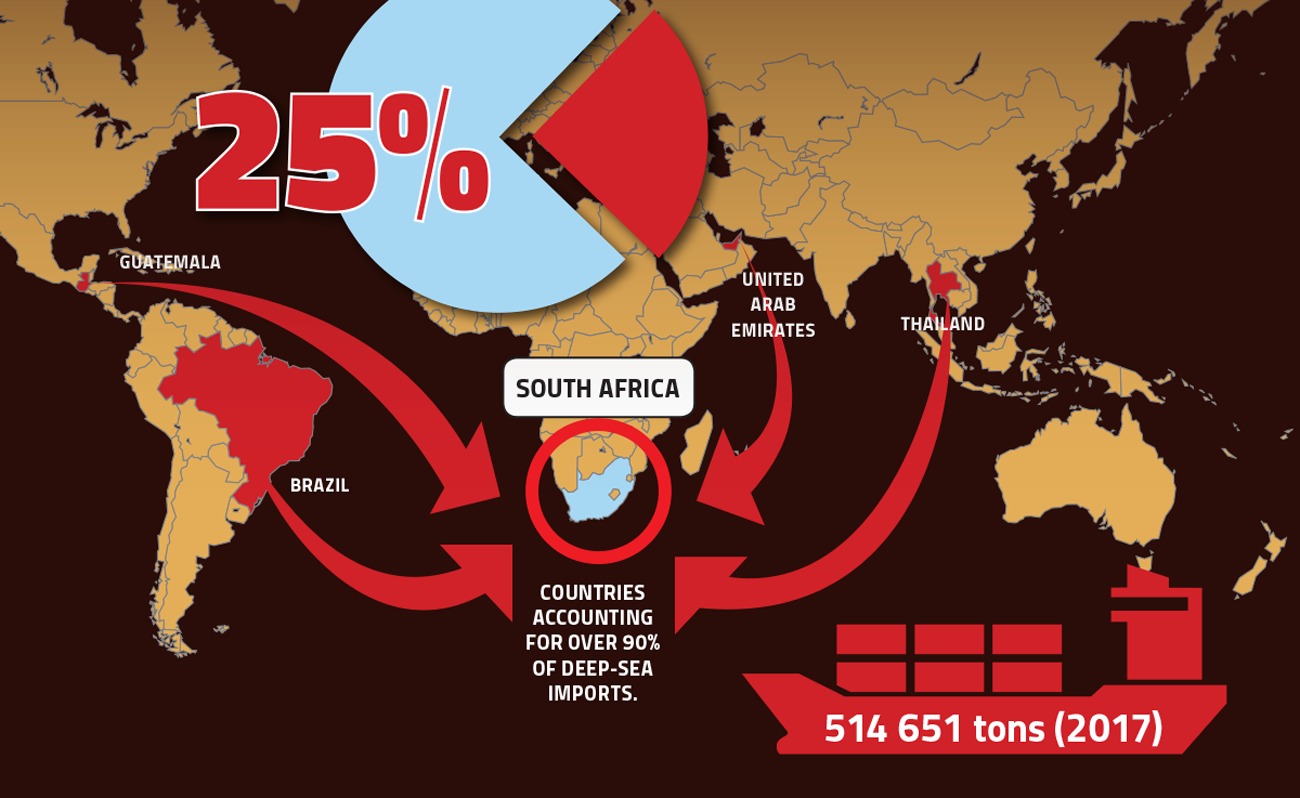 Caption: ± 25% of the total SA market has been overtaken by foreign sugar, and the industry revenue has declined by R2.3 billion.

In order to compete with the low priced imports, the price paid to growers for their cane was reduced, thereby allowing millers to reduce their costs of processing sugar. As this is below the cost of production, it is unsustainable as local prices are severely and unsustainably supressed, with the greatest impact on the small-scale growers. The appropriate import duty can curb foreign imports and allow millers to pay more to growers and encourage more small-scale growers to participate in an industry profitably. This has resulted in a big loss of local market share. Approximately 25% of the total market has been overtaken by foreign sugar, and the industry revenue has declined by R2.3 billion. This is akin to exporting jobs to other countries. 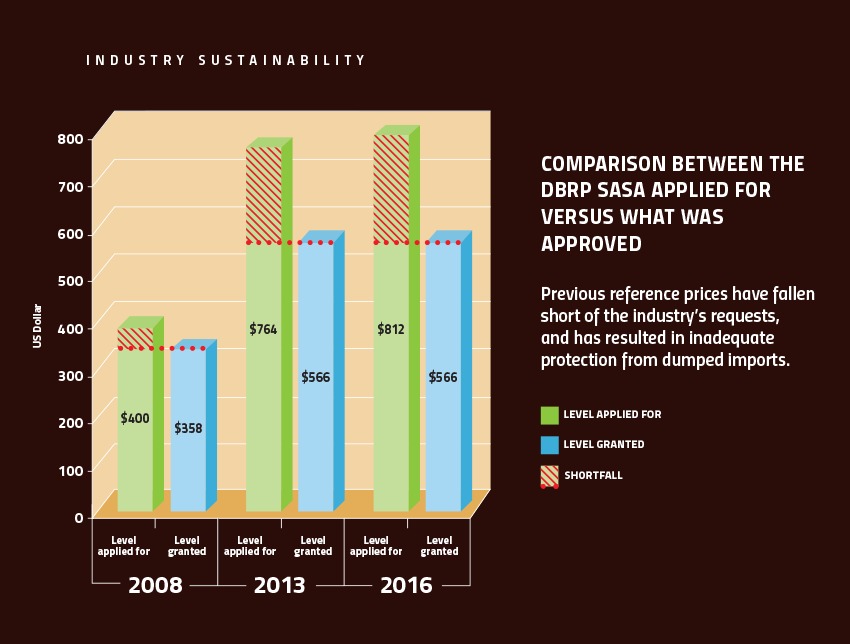 By keeping dumped imports out of the SA market, and ensuring that all locally produced sugar is sold locally, the industry would be able to stabilise.

According to SASA National Market Executive Sifiso Mhlaba, by keeping dumped imports out of the SA market, and ensuring that all locally produced sugar is sold locally, the industry would be able to stabilise and have the confidence to fund further innovation for greater sustainability and growth. In other words, curbing imports would enable South African producers to increase market share in the local market. This will result in a more sustainable local sugar industry that can make meaningful contribution to the economy and creation or sustaining of jobs.

In its meeting with President Ramaphosa, the industry pointed out that other sugar-producing countries around the world offer their sugar industries a range of policy support measures to protect them against the distorted world market. These include import tariffs, and measures to control the timing and volume of imports such as permits and licences. Many countries incentivise exports to manage local market pricing. In China, the government maintains big government sugar stocks to regulate local pricing and supply. 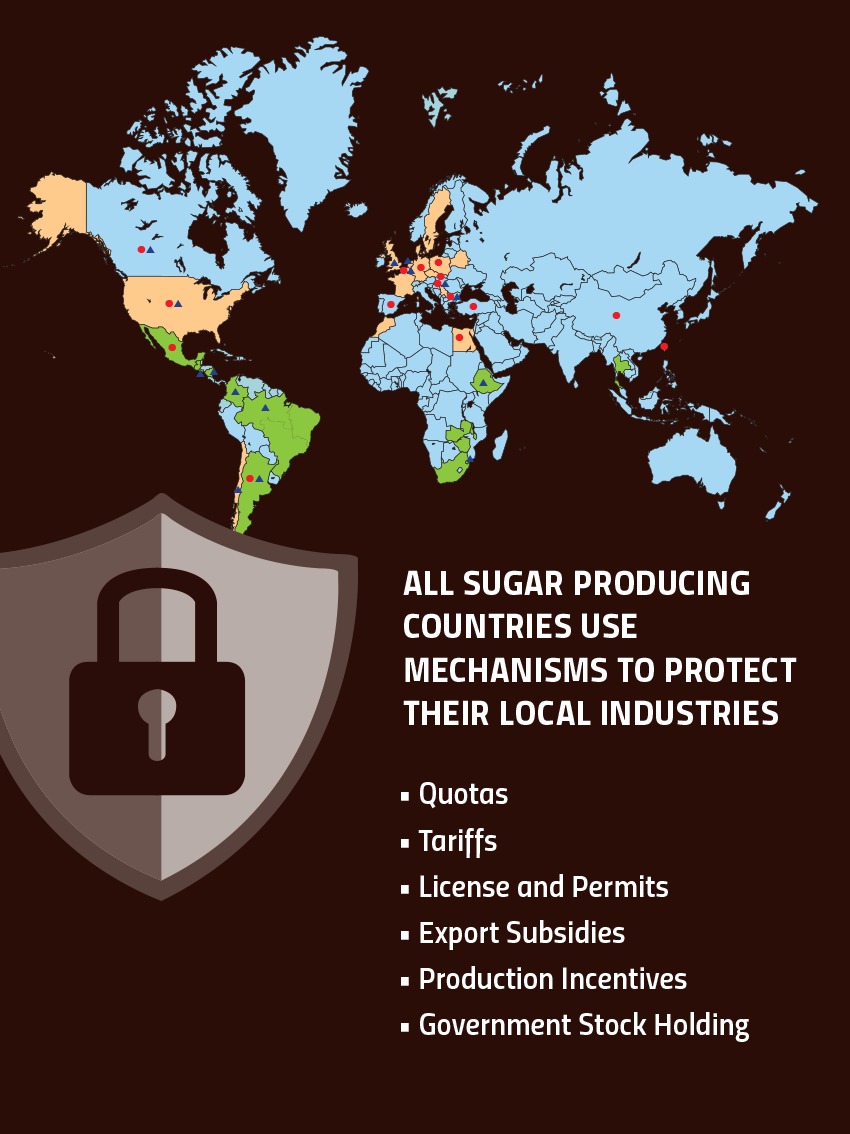 “In South Africa, we have the Dollar Based Reference Price and Variable Tariff Formula to protect us from imports. The level of the DBRP, which is currently $566, is critical as it determines how effective the protection is. Applications are made to ITAC for an increase in the reference price on a regular basis, to be raised to a level that covers local cost of production. The last application was for a reference price of $812, and $566 was given. Previous reference prices have also fallen short of industry’s requests, resulting in inadequate protection from imports. The industry has made an application to ITAC in February of this year for an increase in the reference price to $856,” explained SASA Executive Director Trix Trikam. 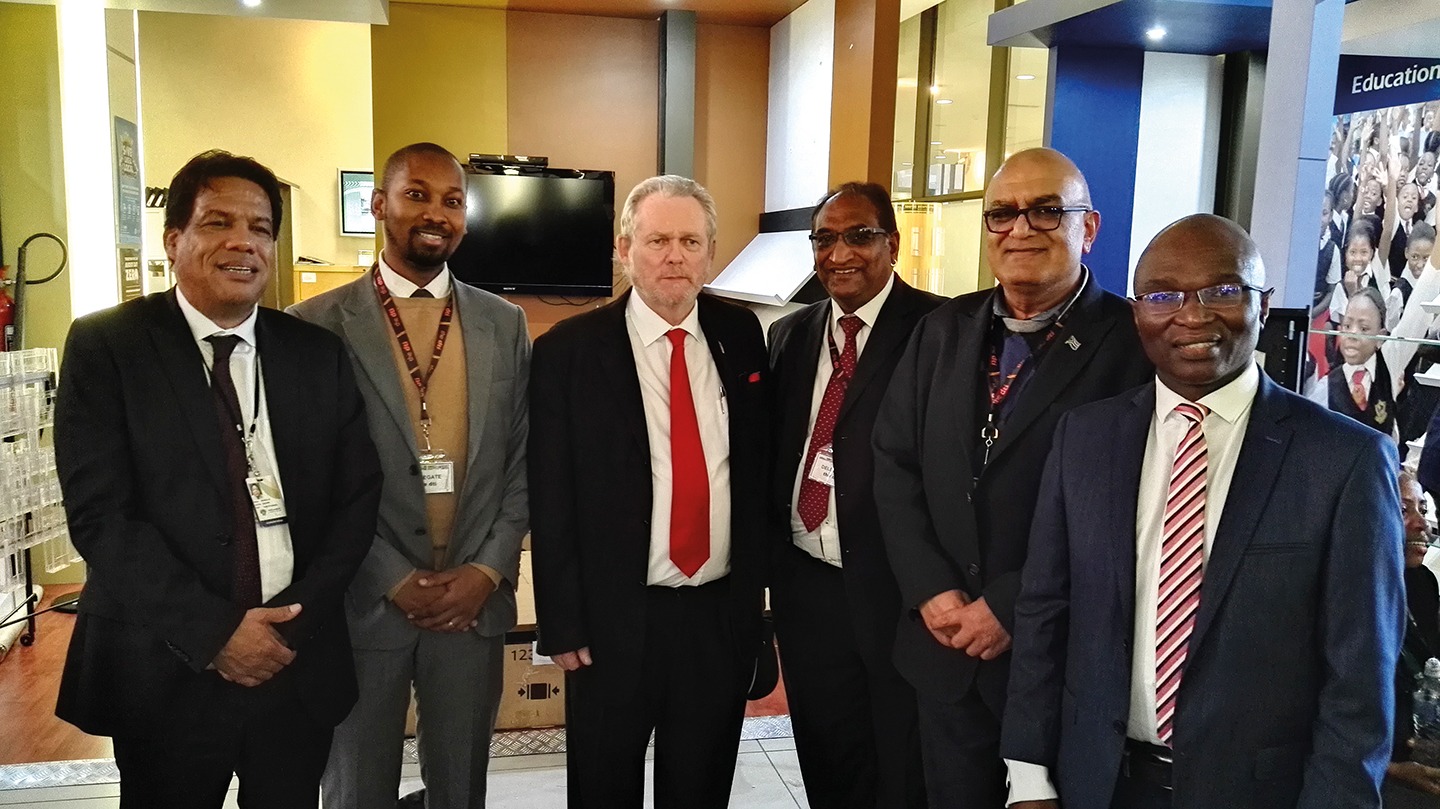 “In layman’s terms, due to insufficient protection and the flood of imports, prices for cane have declined to such an extent that some growers received no payment at the end of this season, and may in fact owe money to the miller. This has never happened before, and shows the devastating effect of imports on South African cane farmers,” Hlubi told the President. Said Madlala: “With sufficient protection, the sugar industry has the organisational capacity to deliver a significant amount of value back to the economy, in line with government’s transformation and developmental agenda.”

Stainbank said the industry’s potential economic contribution was significant, and effective tariff protection would allow it to deliver this. “Greater protection from imports results in higher industry revenue, less exposure to the dumped world market and greater prosperity in the rural areas of KwaZulu-Natal and Mpumalanga. With protection, job opportunities are increased,” he added. Hackmann stressed that the economic impact of the industry had proven over decades to be so significant that towns, rural towns and regional centres had been established based on cane and milling activities.

Mohale said if the industry remained in distress, there was a potential risk to agro-processing. “Given the rural location of mills, and the economies that have developed around them in small towns, surrounding local business would also be at risk,” he explained.

Naidoo pleaded with the President to intervene as a matter of urgency. “We have the potential to deliver on the objective of growing the rural economy through agriculture in provinces that need it most urgently. The industry is set up to deliver significant economic value for the country,” he said.

The industry also had fruitful meetings with Parliament’s Portfolio Committee on Trade and Industry, MEC Mthembu and the provincial Cabinet in KZN. They have all expressed support for the increase in the reference price to an appropriate level in order to offer adequate protection to local sugar producers. Delivering his budget vote in the National Assembly, Economic Development Minister Ebrahim Patel made it clear they were taking the concerns of the industry regarding the inadequate tariff seriously.

“This year, we have a request by sugar growers to increase the import tariffs on the sweet substance. We will convene meetings with the industry drawing in black and white farmers as well as industrial users of sugar to identify ways of supporting local farming while keeping prices paid by consumers as low as possible. In this, we will work with Ministers (Agriculture, Forestry and Fisheries) Zokwana and (Trade and Industry) Davies,” said Minister Patel.