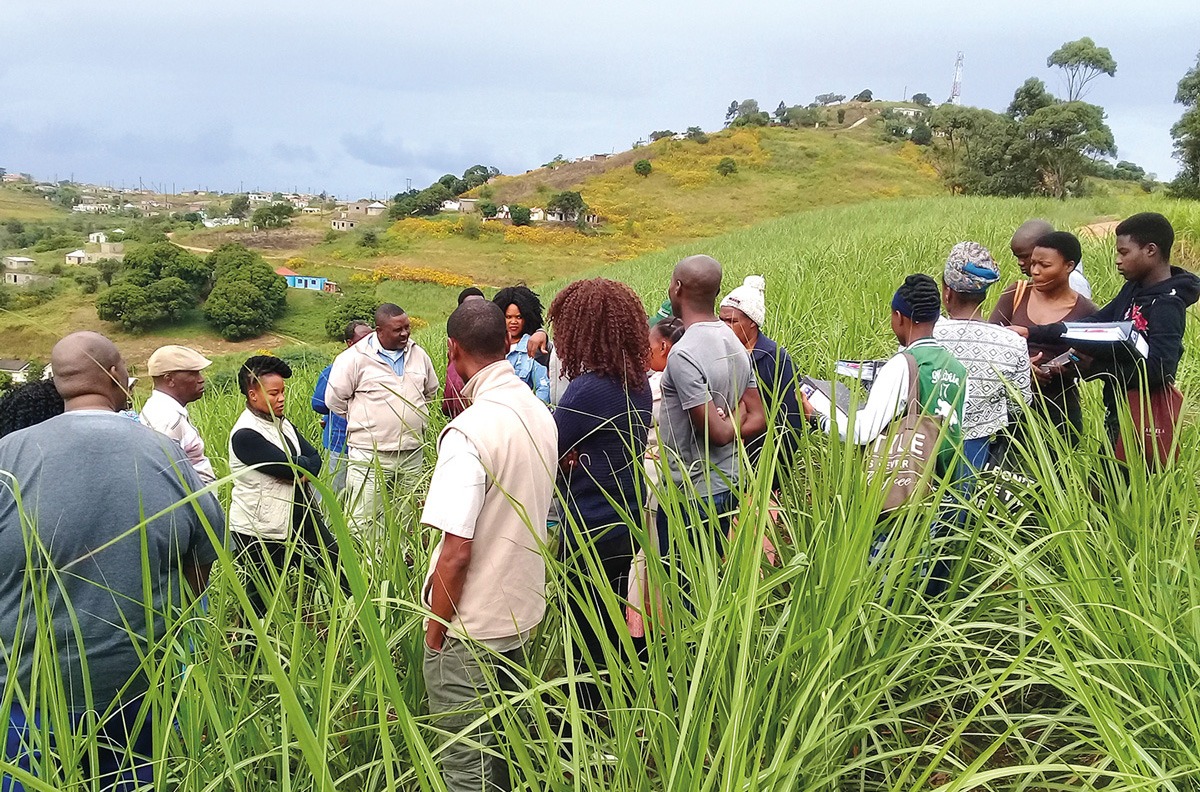 Seeing that seedcane is vital for the success and sustainability of the sugar industry, the Department of Agriculture and Rural Development (DARD) has provided financial assistance to assist with producing good quality seedcane. Implementation is being done through the Extension Venture Agreement (EVA) which is between the South African Sugarcane Research Institute (SASRI) and DARD. Though the seedcane programme was approved in June 2014, implementation only commenced last year (2017).

A demonstration plot planted at Malangeni (Umgwempisi) under Sezela that belongs to Gogo Dyna Luthuli is one of many that have been planted throughout KwaZulu-Natal. The aim of a demonstration plot is to enable a small-scale grower to have access to a field school in their local area which exposes them to cane husbandry and at the same time exposing a grower to different varieties while promoting new varieties from SASRI. Requirements for a demo plot is for the co-operator to sell seedcane locally to the members of the cooperative at an affordable price which is agreed upon by the members of the cooperative.

The aim of a demonstration plot is to enable a small-scale grower to have access to a field school in their local area which exposes them to cane husbandry and at the same time exposing a grower to different varieties while promoting new varieties from SASRI.

The process or cycle of a demonstration plot kickstarts around July when a co-operator is being identified in conjunction with an agricultural advisor and other industry stakeholders.

Each operation has a planned field day where growers come and learn about the particular operation taking place which is in the form of classroom/presentation style rather than an actual physical demonstration and doing the actual operation which enables a grower to have both theoretical and practical know-how of that operation. Most of the growers in the area hire contractors to do operations on their plots, the training they receive allows them to obtain the skill of knowing when and how an operation should be done so that they can identify when things are not going well.

Third left: Chonco at her recent P&D field day (showing growers off-types of N12 in the N58 plot, already picked up by P&D team through the line by line seedcane inspection).

Bottom right: Current status as at end of May 2018.

South Coast experienced seedcane shortage and as a result had to source seedcane from the Sezela Transplant Nursery which resulted in speedlings being planted in Umzimkhulu and Sezela which was nearly five times more compared to stick seedcane budget.

Weather has also played a major role. Due to the dry periods experienced, especially in January-February, there were delays in planting of the demo plot. This plot was planned to be planted in December last year but due to the rains experienced mid-December it was too wet so it ended up being planted in January this year which has yielded good results.

Demonstration plots assist in ensuring that a small-scale grower has clean certified seedcane in their local area at an affordable price as well as with good record keeping of all the plots seedcane sources can be traced as per Industry’s Vision 2023 of seedcane. And above all a grower is capacitated with the know-how of farming sugarcane while being left with good quality cane to use as commercial cane when handed over after cutting seedcane.

Bongiwe Chonco
is an Extension Specialist at SASRI